All of us here mourn the death last month of Hamlet Batista, our friend and contributor.

Hamlet first appeared in Practical Ecommerce in an interview. A mutual acquaintance, an SEO practitioner, had suggested that we publish his views. “He’s really smart,” said the acquaintance. “He’s applying for a genius visa.”

“Too Much SEO Can Harm an Ecommerce Business,” my Q&A with Hamlet, we published in January 2012. Optimizing an ecommerce site solely for search engines, not humans, was a popular topic then. Hamlet addressed it expertly.

He and I stayed in touch. Eventually Hamlet agreed to write recurring articles. From January 2017 to August 2020 he wrote for Practical Ecommerce 37 insightful SEO pieces to help merchants. And, boy, were they popular.

He explained how to recover from an organic-search traffic drop. He addressed server logs, duplicate content, and structured data. He told us how to build a product feed, how to speed-up a web page, and how to apply machine learning. He offered programmatic solutions to competitor analysis, Shopify theme rankings, and Core Web Vitals. He warned us about catchall redirects, Googlebot glitches, and the cost of ignoring organic search.

Hamlet’s college engineering training was always apparent. His articles were precise and frequently technical — too technical for me. I would inquire. He would patiently dumb them down for my benefit. He was ever cheerful, ever helpful. 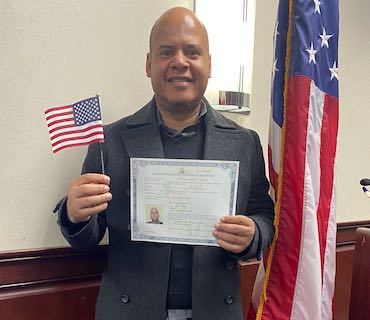 He had a big heart. That’s what I’ll miss the most.

His life was so inspiring. Anyone who questions the value of immigration should look to Hamlet. Born, raised, and educated in the Dominican Republic, he arrived in the U.S. in 2010 as an affiliate marketing whiz with an SEO specialty. By 2020 he had founded two consulting firms, obtained two U.S. patents, and received the so-called genius visa, the U.S. Green Card “for extraordinary ability individuals.” He employed skilled professionals and served business clients in the U.S. and worldwide.

He was just 46 when he passed away from Covid-19 on January 26 in New Jersey. He leaves two teenage sons and a wife of 21 years. A GoFundMe campaign, launched by Hamlet’s colleagues, assists the family that is now without its principal provider.

Last week I spoke with Maura Loew of RankSense, Hamlet’s latest firm. We shared memories of him, including our deep admiration. I told her what an honor it was, with post 9-11 restrictions, to have received a genius visa. Maura cited an even bigger accomplishment.

She emailed a photo. There he was, waving a flag, smiling, holding an official-looking document from the United States of America. It read “Certificate of Naturalization.” Exactly one year before his death, Hamlet had become a U.S. citizen.