Hello! Who are you and what business did you start?

My name is Chris Durso and I am the creator and owner of The Foodnited States. The concept behind The Foodnited States is U.S. States made from food and renamed with a proper pun. Believe it or not, the idea was first suggested by my then 8-yr-old son, Cameron.

Our main product is t-shirts — and we also have stickers, fridge magnets, coffee mugs, and posters. Although tees bring in the most revenue, our stickers seem to be the most popular item and are one of our best marketing tools.

What is essentially an offshoot of my first ecommerce shop, The Foodnited States currently generates an extra 3-5K each month with only 11 U.S. States available so far. 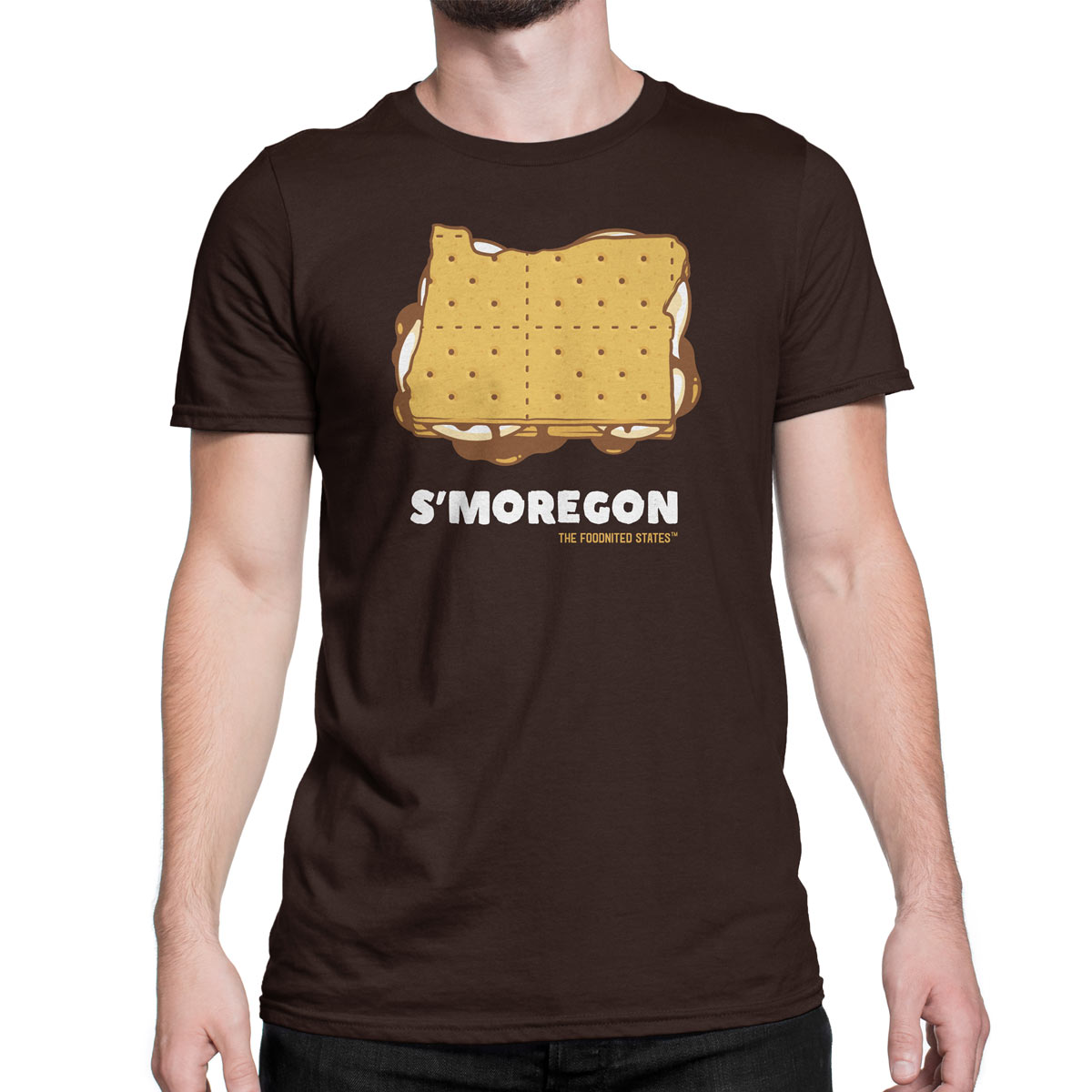 The Foodnited States actually started as an idea from my then 8-yr-old son, Cameron. His idea to “make each state out of food” turned into a photo series that I developed and it eventually went viral on Instagram in 2015.

FoodnitedStates.com launched on Shopify in summer of 2017 on a shoestring. I designed it, built it and promoted it myself — taking only a chunk out of a credit card.

The story of the Foodnited States was mentioned on The Today Show and featured on Newsday, Food and Wine, Conde Nast Traveler and many others. Cameron and I were even able to score an appearance on The Rachael Ray Show.

My career as an art director and experience as a professional cook really came into play, as I created all 50 states out of food by hand. 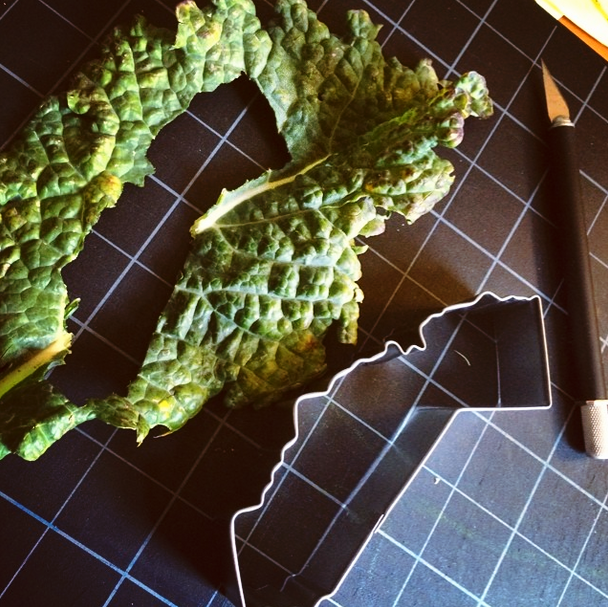 After the series was over, merchandise seemed like a logical next step, after many requests from fans to do so. The brand was launched with the initial line of tees in 2016. 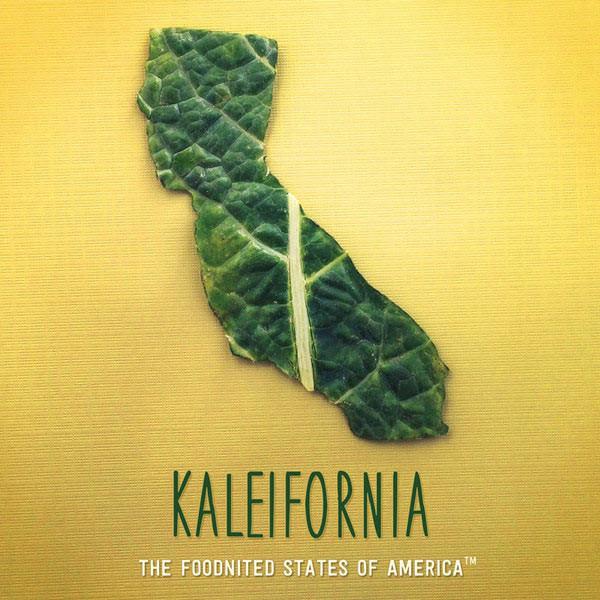 As far as the design of each state, the original photo series is used as a guide and they’re turned into the illustrations for the t-shirts and stickers.

It also doesn’t hurt to reach out to fans when you’re stuck. By posting a question on social media, it created a quick engagement post, and the winning suggestion that we received was perfect.

I was lucky enough to find an illustrator whose style fit this transition perfectly. I searched a few artist boards, e.g., Behance and Dribbble and literally did a search for “food cartoonist.” It was on Dribbble where I found our illustrator, Gustavo Zambelli.

Then it was on to finding the right t-shirt type and printer and Threadbird in Orlando has been with us since the beginning.

We print on 100% cotton which allows for a certain type of ink transfer not possible with blends.

I launched the initial run of tees without a budget to speak of — I just wanted so bad to have merchandise for this project, while I relied on the momentum from the original project and the fan base that it had built. 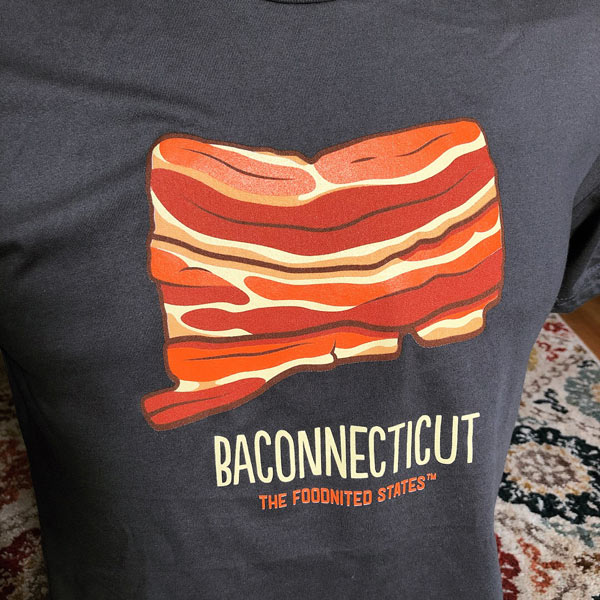 FoodnitedStates.com launched on Shopify in summer of 2017 on a shoestring. I designed it, built it and promoted it myself — taking only a chunk out of a credit card.

Although my coding experience is minimal, my design background was essential and the site has gotten very positive audits for UX and design from well-known folks in the industry.

We were also lucky enough to get some press right out of the gate with a few blogs picking up the backstory right around the time FoodnitedStates.com launched. 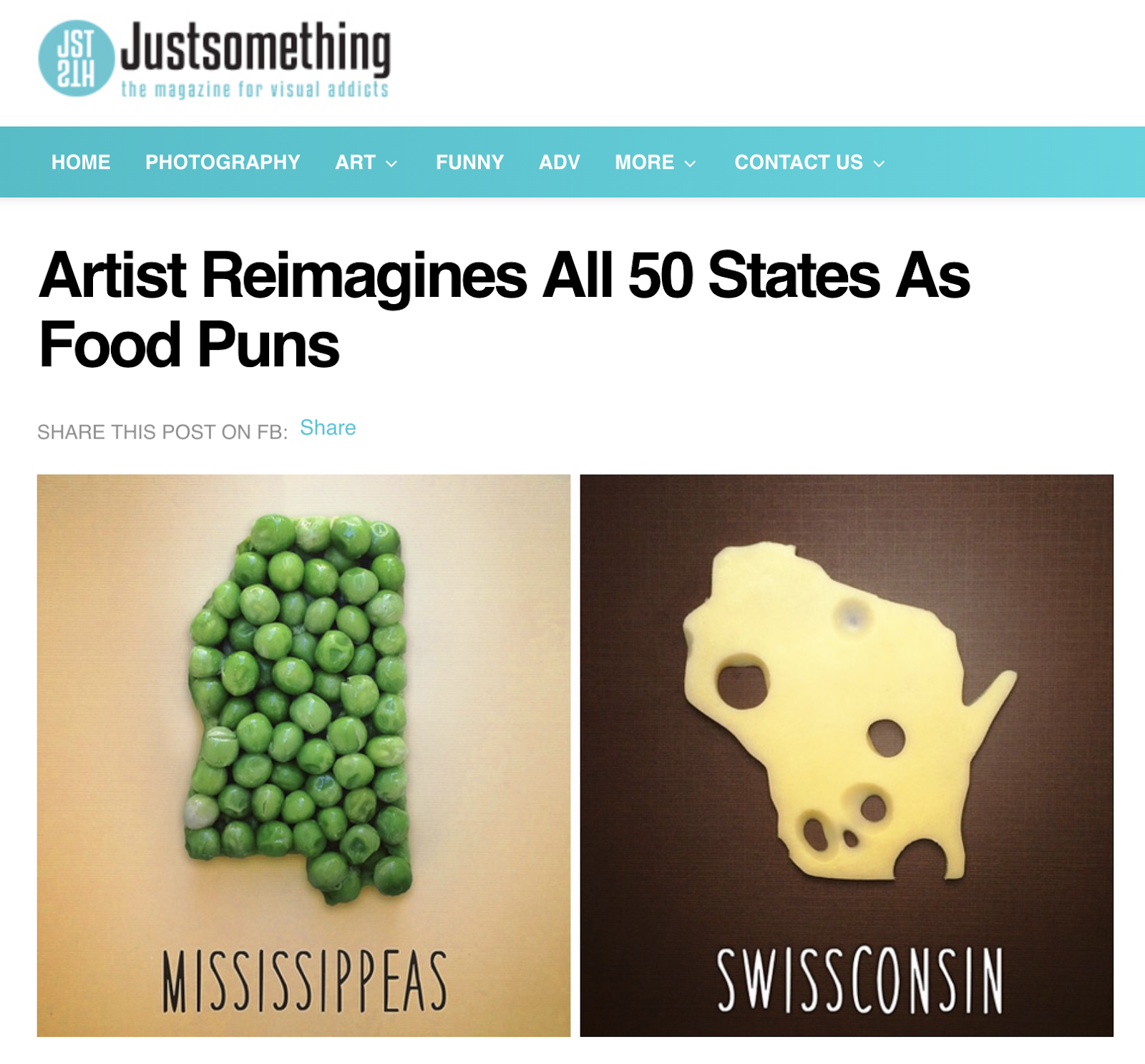 The Foodnited States relies heavily on organic social media and an email list. Also, since we have only a fifth of all states to offer, there’s always a potential for growth every time we launch a new state.

I’ll often target ads for a new tee or sticker launch specifically to that State, or rely on social media followers that have been patiently waiting for theirs.

Affiliate links and influencers is something that we’ll explore more in 2019. Collabs with photographers proved effective late last year. 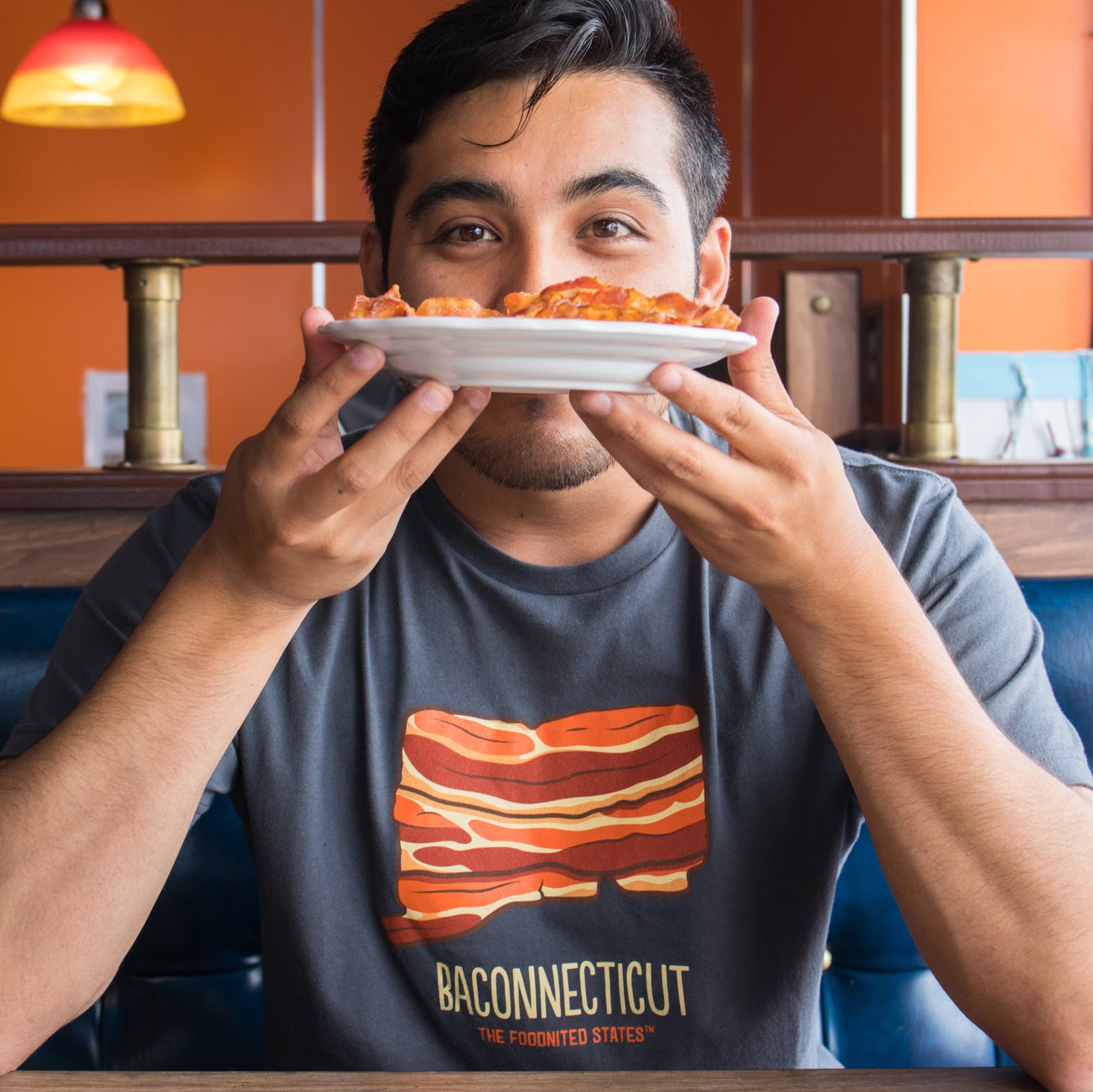 User-generated content is also something The Foodnited States will use more. Especially when it comes to folks posting where they place our stickers or folks wearing their Foodnited States T-shirt and posting it to Instagram. 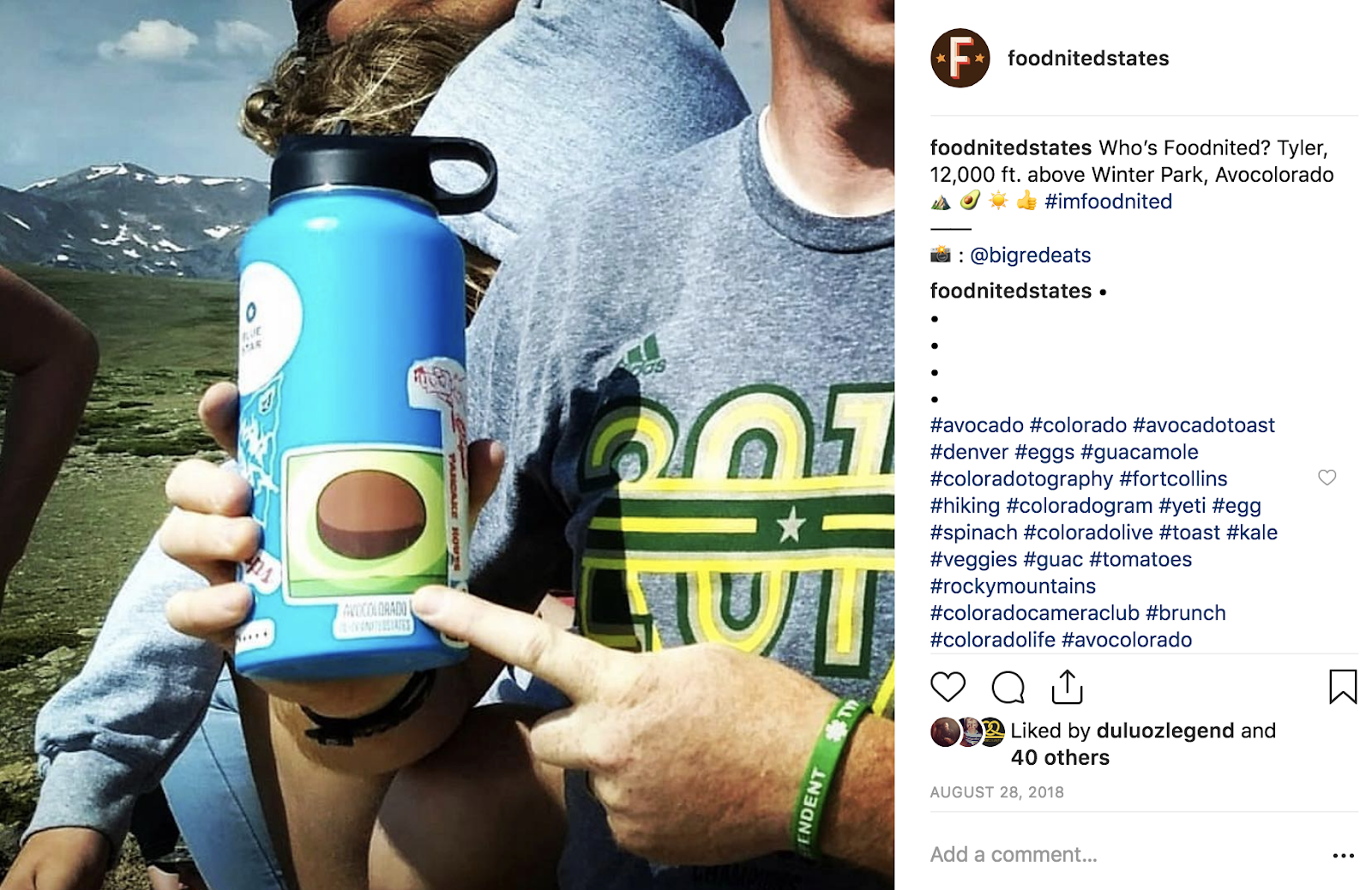 I’ve tried to keep sales of The Foodnited States just on our website, not selling on alternate sites such as Amazon or Etsy. This is something we may explore as we grow the line and finish the current redesign of product.

The Foodnited States looks to become profitable going into our second full year, as we increase production of tees to get costs down. The marketing budget is currently at a minimum while we do a soft launch of redesigned t-shirts.

We’re seeing a slow but steady increase in email subscriptions while I purge the list constantly to keep value on email spend down to under $100/mo. This will only get better as we work towards current customer retention and expand the line beyond the 11 states that we currently offer.

The Foodnited States would like to have 25 states available within 2019.

Although I came from a design background, there is a steep learning curve when it comes to t-shirt design and production. I wished I’d done more research into current design trends and competitors when I launched the first set of tees.

Collaborations have proven effective for The Foodnited States, especially with other brands where there is obvious overlap. For example, when we launched our Pretzelvania Tees, I teamed up with Unique Pretzels for a National Pretzel Day gift basket launch that included a line of their products with one of our tees and a few stickers. Being side-by-side with an established brand such as Unique, really gave The Foodnited States a boost.

It also doesn’t hurt to reach out to fans when you’re stuck. I couldn’t decide which color to make our latest tee. By posting the question on social media, it created a quick engagement post, and the winning suggestion that we received was perfect.

The Foodnited States is built on Shopify. Most of our products are shipped from this office, only relying on a fulfillment service for our coffee mugs.

Some of my favorite Shopify apps are Judge.me for reviews, PushOwl for push notifications, Privy for pop-ups and ViralSweep for contests.

I don’t rely too much on podcasts, but Kurt was a name that popped up early on in my process and his guests are great.

Start your journey with capital and lots of inventory.

If the inventory seems like a lot, sell harder. I wish I had begun with a bit more capital for inventory and marketing out of the gate.

I also wish I had studied design trends a bit harder, something my current redesign is just now addressing.

Are you looking to hire for certain positions right now?

In the very near future, I will look to bring in someone for marketing help. Whether this is through an individual or service, The Foodnited States could use a fresh approach and new set of eyes as we expand the line.

The Foodnited States has provided an update on their business!

10 months ago, we followed up with The Foodnited States to see
how they’ve been doing
since we published this article.